What Building Tenants Need To Know About Power Washing

If you're having your commercial property power washed soon, your tenants will need to know what to do to protect themselves and their offices, and you'll need to know what to say to anyone who protests the cleaning, claiming it uses too much water. Commercial power washing is an efficient way to get walls and other surfaces very clean in a very short time, and it's a task that every commercial property owner should do regularly to avoid letting the property get too dingy. But it also carries risks to bystanders that you can address with advanced notice.

Power Washing Equipment Is More Water-Efficient Than It Looks

Power washing may look water-intensive, but the machinery is a lot more efficient than many people realize. Employees who are worried about water use thus don't have to be, as the equipment works very quickly to remove dirt. The power behind the water makes fast work of entire walls, compared to using items like hoses, where you have to hold the hose over one spot for a while to get the dirt off. It's not unusual for a pressure washer to use between 2 and 4 gallons per minute; for comparison, a water-saving showerhead can release up to 2.5 gallons per minute, and a garden hose 5 to 10 gallons per minute.

Yes, Windows Should Be Closed, Even if the Washers Aren't Next to Them

In older buildings that have windows that open, all windows should be closed, even if the washers aren't being used right next to them. The spray from the washers can spread far and wide. Obviously it cannot reach across entire office parks, but if you're near a section of the building getting washed, close your window. The same goes for windows near walkways that are being cleaned as dirt can fly up as the spray hits the ground. Closing windows will also help cut out noise from the machinery.

Make sure everyone in the commercial complex or building knows when the power washing will take place, and when the specific buildings in a multi-building complex will each undergo treatment. The washing itself won't take long, but tenants should be aware of which areas to avoid during the work. 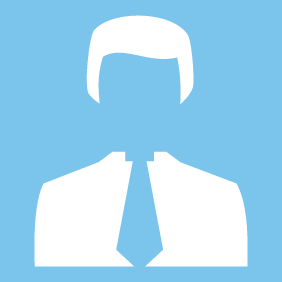 The cleanliness of your office will play a big role in how healthy your employees are. If you aren't having the office thoroughly cleaned each day, the germs and bacteria from one day will carry over to the next. My blog is all about improving the working conditions in the office through cleaning. You will learn a little about what your cleaning service can do to eliminate the germs and bacteria that could make your employees and your clients ill while they are in the building. Hopefully, the information learned here will help to decrease the number of sick days your employees take and improve the overall work experience.

Read in about 3 Minutes